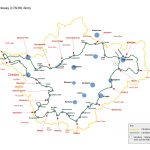 No doubt about it, if we didn’t already live here, we’d be returning time and time again for our cycling holidays. That’s why we’ve developed this web site, to spread the word….

Cheshire’s got the lot for cycling holidaymakers – flat routes for eating up the miles, exhilarating hills for the energetic, tarmac, tracks and tow-paths, quiet lanes and bustling market towns, and a calendar’s-worth of scenery, from woods and pasture to miles of moor. Plenty to go at if you’re a good map reader, but all this variety is on a plate if you choose to follow all 176 miles (282km) of the signed Cheshire Cycleway.

And where we live in our south-east corner of the county, we’re nicely in reach of parts of Derbyshire, Staffordshire and shropshire too, by bike or with train assistance.

All in all, an attractive place to reduce your carbon footprint for routine journeys or recreation. Touring holidays, short breaks, weekends or half a day. Just Cycle Cheshire.

The sheer number of backroads is astonishing, giving rise to plenty of permutations for cycle rides in quite small areas. Coupled with rougher tracks and bridleways, plus canal tow-paths and various sections of disused railway track, there are plenty of places for a bike ride.

The variety of terrain and the number of routes means that anyone of any ability can enjoy cycling here. It’s just a case of choosing an appropriate area and mapping a route before settling into a pace that enables you to enjoy the scenery. So beat the credit crunch with a cycle outing – the only cost is calories.

We won’t take our articles off this site, although we will expand, amend and update them as necessary. So if there are any corrections to be made, please contact us and tell us which page you are referring to.

Goverments everywhere should be incentivising cycling for its irrefutable health, economic and environmental benefits The opposite of what Britain is doing, basically #climatecrisis #cycling france24.com/en/live-news/2…

Sixteen groups have joined together to write a letter to Ontario’s chief coroner asking him to investigate whether SUVs and pickup trucks cause more pedestrian and cycling deaths than smaller vehicles. cbc.ca/1.6551924

'Going after cyclists is ludicrous' Cycling campaigner, Simon Munk says the government should not go after cyclists in the middle of a climate and cost of living crisis. He adds that laws for drivers are not working and dangerous cyclists are punished. trib.al/DT5JIfr

Our @psimonk now on @SkyNews on why Grant Shapps is wrong to suggest *compelling* people to get insurance to ride a 🚲 ➡️Prev @transportgovuk reviews already said this is counterproductive ➡️Shapps should focus on shocking motor vehicle death stats instead news.sky.com/watch-live

Grant Shapps has announced plans to crackdown on errant cyclists, which could see them requiring number plates in order to enforce tighter rules lbc.co.uk/news/bikes-reg…

The number of people walking and cycling increased on a stretch of Yonge Street in Toronto after patio areas were expanded and bike lanes created as part of a pilot project, according to city data released on Monday. cbc.ca/1.6552205

Would it be so hard to build the hotel & office slightly further back from the river to create space for a walking and cycling path by the Irwell? theguardian.com/uk-news/2022/a…

This website uses cookies to improve your experience while you navigate through the website. Out of these, the cookies that are categorized as necessary are stored on your browser as they are essential for the working of basic functionalities of the website. We also use third-party cookies that help us analyze and understand how you use this website. These cookies will be stored in your browser only with your consent. You also have the option to opt-out of these cookies. But opting out of some of these cookies may affect your browsing experience.
Necessary Always Enabled
Necessary cookies are absolutely essential for the website to function properly. This category only includes cookies that ensures basic functionalities and security features of the website. These cookies do not store any personal information.
Non-necessary
Any cookies that may not be particularly necessary for the website to function and is used specifically to collect user personal data via analytics, ads, other embedded contents are termed as non-necessary cookies. It is mandatory to procure user consent prior to running these cookies on your website.
SAVE & ACCEPT